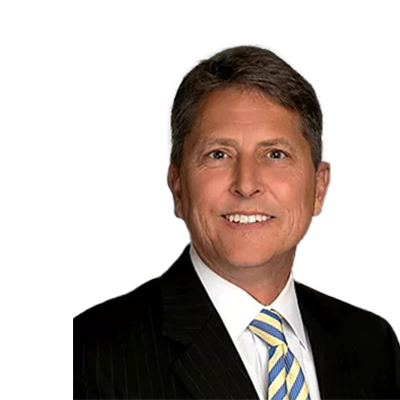 As captain of the Baylor University sailing team, John Robert Walker learned how to respond quickly to difficult situations and command a group of fellow college students, turning them into a well-disciplined team.

After college, he worked as a professional sailmaker and sailor, including as first mate aboard a 100-foot yacht. But law school called. After earning his J.D. from South Texas College of Law in 1989, he joined a firm that focused on maritime law. He became an expert at various maritime regulations and learned the art of multi-jurisdictional negotiations, working on deals all over the world — including in Zanzibar, Panama, Grenada, St. Vincent, and likely every jurisdiction bordering on navigable waters.

Being a lifelong sailor taught John how to navigate rough and sometimes uncharted waters, a skill that was dramatically tested during the aftermath of BP’s Deepwater Horizon oil spill. One of his clients owned and operated the vessels and remote-operated vehicles that first responded to the disaster, leading to an avalanche of lawsuits. John’s expert understanding of maritime law, careful analysis, insightful counsel, creation of comprehensive contracts and risk-mitigation recommendations facilitated efficient and successful resolutions.

After three decades handling maritime cases, as well as claims under the Jones Act, the Longshore and Harbor Workers’ Compensation Act and the Defense Base Act, he has seen just about every type of problem that might come along and knows how to best respond to them. In fact, a great deal of the standing law in his practice areas is the result of rulings in his cases. He has broken new ground and established important precedents.

Despite his prestigious reputation in legal circles, he is hands-on with clients and zealously represents their interests. And as is true of every good sailor, he always knows which way the wind is blowing, enabling him to plot the best course for every case, despite initial headwinds.

John regularly speaks to industry and trade groups on topics related to litigation and insurance.