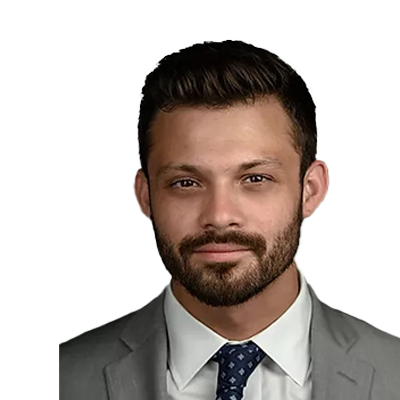 Carlos Flores embodies the essence of international law. Born in Honduras and raised in Boca Raton, Florida, he studied law at Tulane, as well as at Humboldt University in Germany. With those experiences under his belt, he has the worldliness and multilingual skills to tackle any case.

His international credentials make him the perfect attorney for maritime cases. He can build rapport and relationships with people from all over the world, a boon to his international arbitration and mediation cases.
Carlos once had to work 14 cases that all involved Spanish speakers exclusively. All depositions were conducted in Spanish. Ultimately, he was able to contribute to a successful mass -mediation of all the cases and achieved a negotiated amount significantly under the initial demand.

His other work has included drafting motions for federal civil matters, including injunctions to prevent enforcement of non-compete agreements. He has experience with admiralty jurisdiction, Defense Base Act, Jones Act, Longshore and Harbor Workers’ Compensation Act and Federal Labor Standards Act claims. Notably, one of his special cases included a managing expert witnesses and client reports in a $5 million breach- of-contract case. He works each case with energy and dedication to the most beneficial outcome for his clients.